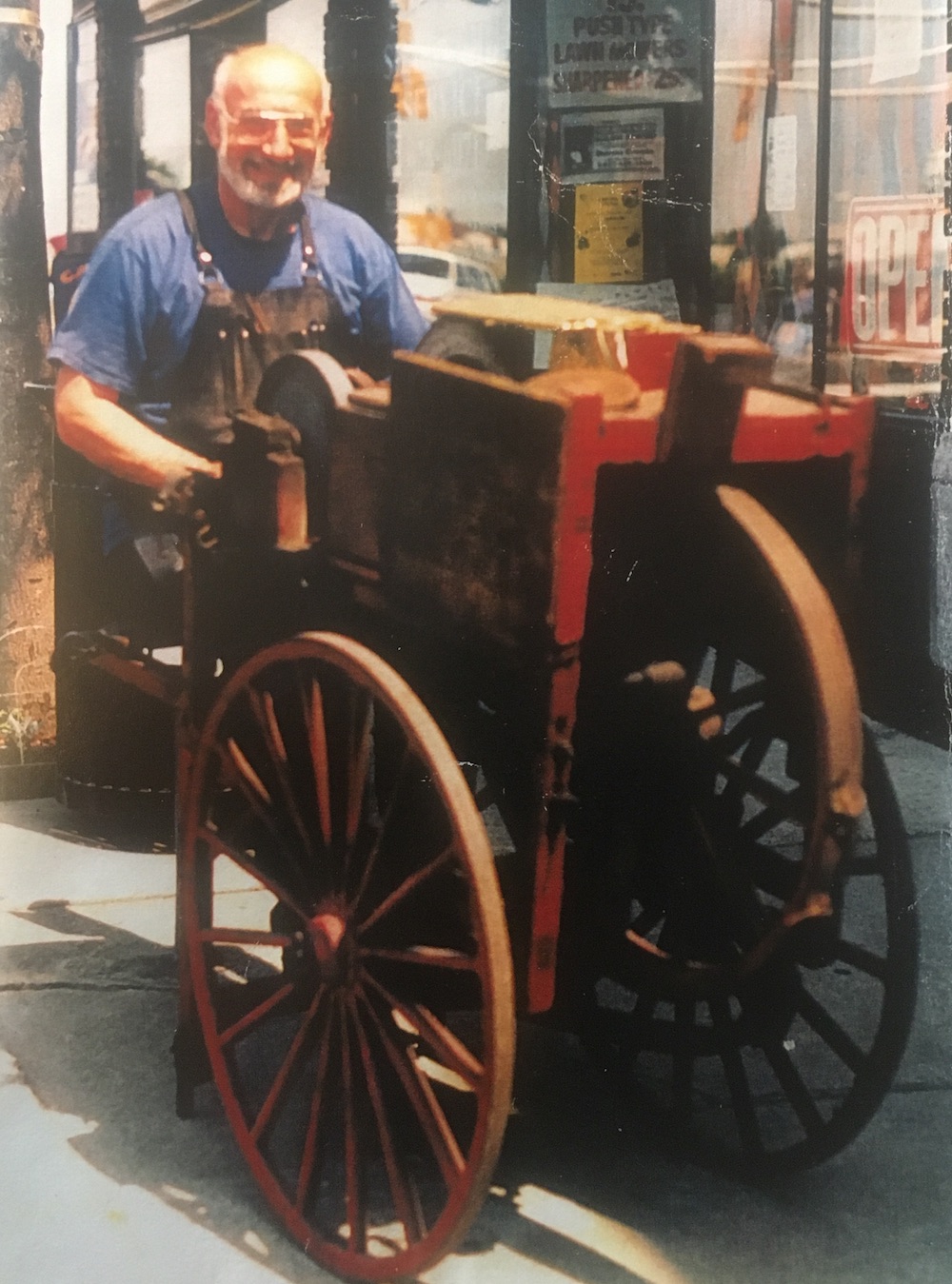 Our family came to America from Italy during the depression of the early 1900s. Jobs were scarce, but our grandfather managed to get work in Somerville at a sheetmetal fabrication company, which made ships for the U.S. Navy. Later, Domenic Sr.’s uncle created a push cart called “La Molla” for sharpening knives and scissors and he traveled the streets of East Boston and the neighboring towns promoting his business. Later, our father Domenic Sr. joined his uncle’s business and learned the sharpening trade from him. When our dad took over the business, he transitioned from a cart to a truck, expanding the reach of their services to many more Boston area cities and towns. In recent years, Domenic Jr. and Larry Siraco have continued to expand the business by extending the mobile service to a storefront location in Lynn, Massachusetts, called Bojo’s, where they sell grooming tools and repair clippers in addition to their professional knife and scissor sharpening services.